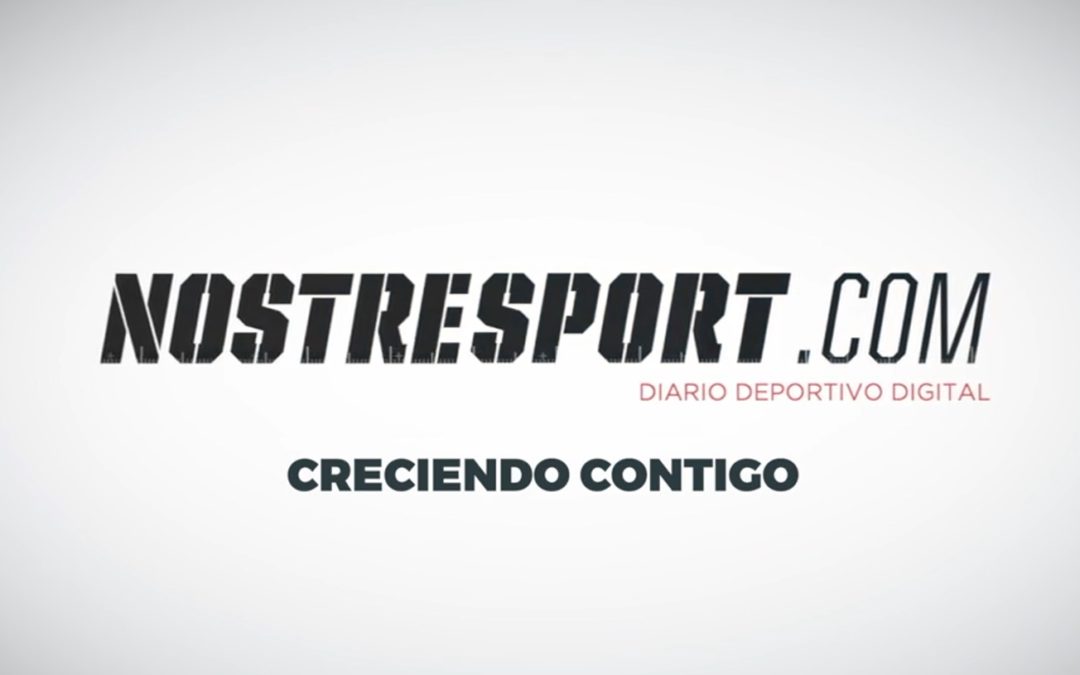 The digital sports newspaper Nostresport.com has reached 18 years of experience. The platform for the promotion of Valencian sports has been continuously informing and promoting sports in Alicante, Castellón and Valencia since it first launched on February 1, 2003, being the first digital newspaper of the sports press in the Valencian Community.

Since January 2021 the newspaper has been audited by the OJD, so that we now offer a traffic analysis certified and validated by independent experts. It is to be expected that the different traffic measurement system compared to the one used to date by the company DINAHOSTING will offer different results. At the end of the season traffic data will be offered using the OJD certification. If you are interested in finding out more, you can ask us at info@nostresport.com.

The traffic report provided by our DINAHOSTING server shows that more than 14.3 million page views and 1.25 million visits were reported in 2020.

This figure represents in annual terms the best year in number of visits since 2014, when the measurement series with Dinahosting began, and the second in terms of page views, slightly behind 2017.

Regarding only the main profiles on the main social networks, that is, the corporate profile of the newspaper nostresport.com, there are profiles on Facebook, Twitter, Instagram and Ivoox.

To which should be added the launch in 2019 of the Youtube channel of Nostresport.com. Its projection in social networks as of 22/03/2021 would be:

And the recent launches of Twitch and TikTok profiles.

A total of more than 57,000 followers in the different networks in the newspaper’s profiles.

Projection to which should be added the profiles destined to support different Valencian clubs on Facebook and Twitter, promoted and managed by nostresport, that agglutinate around 16,000 additional followers, which brings the number of accumulated followers in social networks to around 73,000. These other social profiles also linked to the newspaper nostresport.com are currently:

The radio production is in its ninth season in 20/21. The radio program “Nostresport” has been produced since the 11/12 season, except for the 17/18 and 18/19 season, when the magazine “Ponte las zapatillas” was produced.

The program currently has the following dissemination:

The commitment to audio formats lasts almost a decade in nostresport, where, hand in hand with the production of the radio program, we began compiling digital documents of the radio programs and timingly separating sections or interviews. Without knowing it, we were already precursors of the podcasting phenomenon that for some years has been revolutionizing the way of consuming digital audio content.

That is why in April 2019 we started a specific section of podcasts produced by Nostresport that include 3 weekly programmes:

In addition to the newspaper’s own space for interviews and other audio content, the Nostresport podcast: https://www.ivoox.com/podcast-podcasts-nostresport_sq_f1842930_1.html

The leisure and culture section of the newspaper Fent el Gamba has also been strongly boosted this season, incorporating more content and coverage and adding to the specific profiles it already had on social networks, that is Facebook and Twitter, a new profile on Instagram.

In this way, the cultural life of the Valencian Community has its own space on the nostresport.com platform: https://nostresport.com/fent-el-gamba.html, which can also be accessed from the domain fentelgamba.com, as well as specific profiles on social networks:

This area also has specific sections in the generic profiles of nostresport on YouTube and Ivoox:

In addition to the cultural section, Nostresport Management, https://nostresport.com/ns-management.html, the section dedicated to sports management, which can be accessed from its own domain nsmanagement.info, as well as specific profiles on social networks, has been maintained:

]The aim of the project is to discover and disseminate the enormous cultural heritage that our language treasures in the world of sports.

Platforms and dissemination of Paraules d’Esport:

These are not the only changes that have taken place in the newspaper; some sections have disappeared and have been included under more generic headings in an attempt to simplify content, and others, such as health, have been created in an attempt to respond to the trends of the new demands of digital readers.

In order to continue to grow and overcome the new environment created by the Covid 19 crisis, nostresport’s content line must address even more decisively important and urgent challenges.

Web platfrom overhaul. A priority project on which we are currently working with the aim of providing a new website that offers an updated and modernized image of the platform, presenting the contents to readers in a more simplified and harmonized way, improving the current visualization and waiting time on any device, but especially under the “mobile first” approach. Modernization that also facilitates teamwork and the new technological needs that arise, especially derived from a greater integration, if possible, of new communication formats: videos, podcats, photos, a transmedia approach and dialogue with the reader.

The objective is once again to be pioneers in digital formats, to open a path for the rest of the media and competitors that follow and to recover the leadership and influence in sports information and entertainment in the Valencian Community.

Nostresport.com is the first digital newspaper of the sports press of the Comunitat Valenciana edited by Grupo Nostresport. We have been reporting uninterruptedly on sports since 01/02/2003. Along the way it has obtained, among other awards, the Sports Merit Award of the City of Valencia, Levante UD Award to the digital media, Convivir Awards, OIMED Award and CONFEDECOM Award.

Grupo Nostresport is a sports management company whose mission is to promote sports, and that conducts three main lines of activity: content, organization of sports events and provision of professional services.