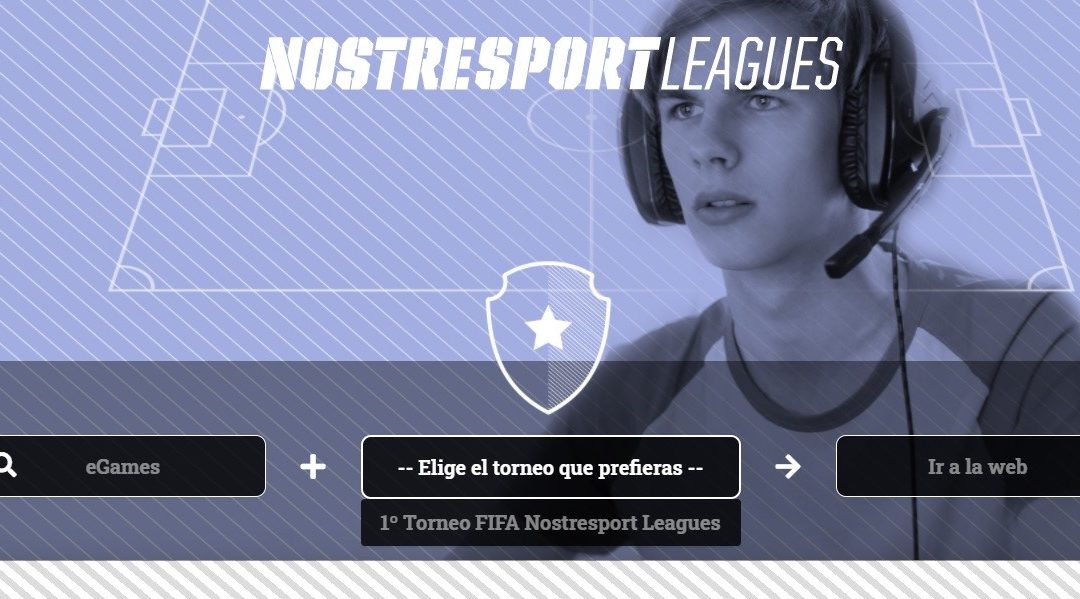 The line of amateur competitions of Nostresport Group does not pause despite the forced stoppage of its activities because of the pandemic. Thus Nostresport Leagues presents two new features, the renovation of its website and a new line of competitions in e-sports.

The project of the new “landing”, that is, the home page of Nostresport Leagues (www.nostresportleagues.com), has involved a revision of the graphic identity of the site. Thus, while based on the existing design, the tones have evolved to softer ones, incorporating lines that homogenize the graphic style with the image of the nostresport.com newspaper and reinforce a unitary identity of the nostresport business proposal. In addition, the symbolic shield with a star that identifies this line of activity has been revised, evolving it to a new updated version that seeks to better adapt to digital environments and current graphic trends.

The first competition is already underway, with free registration open until March 31. It is a non-UT (Ultimate Team) competitive format for FIFA 2021 on the Play Station 4 platform. The final will be streamed on Nostresport’s Twitch channel and will feature live casters.

With the experience gathered from this first tournament, new competitions will be launched in different formats to be integrated into the overall strategy of proposing amateur competitions in different sports disciplines from Nostresport Leagues.

The 20/21 season of Nostresport Leagues started last Tuesday, October 13. A season that was marked by adaptations to the context of the Covid pandemic as well as improvements in the services offered to participating players.

Although a great effort was made to ensure the health safety of the competition, adapting to the standards indicated by the Conselleria de Sanitat i Consum de la Generalitat Valenciana through the development of a strict preventive protocol, the competition was suspended on November 6, 2020, initially until December 9, 2020, but the suspension has been extended until today, when it is no longer possible to organize this type of activities.

No to marginalization of amateur sports

From Nostresport Leagues we, as always, make an appeal to individual and collective responsibility to stop the pandemic, a joint effort with which we have always collaborated even beyond the required regulations. However, at the same time we want to express our deepest incomprehension to see how measure after measure has been marginalizing amateur sport, that has been ceased since early November 2020, stifling the entire sector. Of course we sympathize with the federated sport and its struggles, as well as the success achieved to resume competitions, but in this sector the damage is much more dramatic with a total stoppage of almost 6 months, which at no time has been lifted, and with the uncertainty of not having any timetable for its resumption.

A situation that is very difficult to understand in view of the recent declaration of sport as an essential activity, and the treatment that other sporting, cultural or recreational expressions have received in recent years.

Despite the difficult context, Nostresport Leagues is already preparing for the 21/22 season. Season that we hope and wish to be the first “post-pandemic” and where the multidisciplinary amateur sports project that we promote will be fully realized.